26th October 2020 – From the beginning, one of the great mysteries behind the SARS-CoV-2 virus, the cause of COVID-19, is why it makes some but not others seriously if not fatally ill. 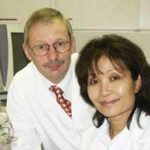 From the beginning, one of the great mysteries behind the SARS-CoV-2 virus, the cause of COVID-19, is why it makes some but not others seriously if not fatally ill. In this two part blog we examine the reasons and most important issues that will significantly affect the way in which the COVID-19 pandemic is brought to an end. 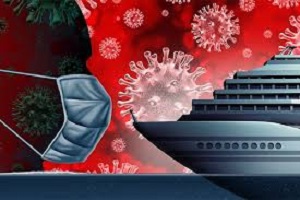 It is a fact that the vast majority of people infected with the COVID-19 coronavirus will suffer only mild or moderate symptoms. Some, perhaps as many as half of all cases will experience no symptoms at all, these are the asymptomatic cases who, as a hidden group, can unwittingly transmit the virus to others in the community whilst appearing well externally. The group of greatest concern are of course the small percentage who will progress to develop severe life-threatening symptoms which in an even smaller percentage will sadly lead to death.

This wide range of effects of the SARS-CoV-2 coronavirus on different individuals has perplexed clinicians and scientists alike as has the wide range of systemic damage to organs other than the lungs; the heart, the brain, the kidneys, the liver and the inclination for some individuals to develop blood clots resulting in blocked blood vessels and further wide ranging damage throughout the body. It is this unpredictable course that a COVID-19 infection can take that has led to the fear that people feel leading them to ask what will happen if I catch a dose of COVID-19, will I be one of the unlucky ones?

That said, remember the vast majority of people will sail through COVID-19 but this is some cold comfort for those who know they are in a high risk category and/or of a certain age. Understanding the precise way in which the virus exerts such widely varying effects and what makes some people more susceptible to its serious effects is an important scientific goal and one which will help global society to dig itself out of a hole that the pandemic has created for the world. Understanding the biological mechanisms behind the serious symptoms that the virus causes in some will be very important in pointing us towards identifying new drugs and treatment interventions.

Slowly but surely scientists and particularly immunologists are beginning to shine a light on the causes of the most serious life-threatening symptoms in COVID-19, too numerous and complex to go into detail about in this short blog. Of all the risk factors for developing serious COVID-19 symptoms, age is at the top of the list. The older you get the greater is the risk that you’ll end up with serious symptoms or of dying whilst in younger people below the age of 40 the risk is very small but still not zero. 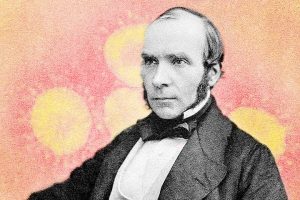 This has led some to suggest that in the current pandemic younger persons should be free to go about their lives with relative normality while the older age groups and those identified as vulnerable would shield or at the very least taken extra precautions to avoid infection. This forms the basis for the Great Barrington Declaration  signed by many prominent scientists as a way to move us out of the current dire global crisis, particularly in the free democratic world where resistance against societal restrictions is growing rapidly. This concept does have its opponents such as another group of prominent scientists who countered this with their own so called “John Snow Memorandum”  named after the doctor who first traced the source of cholera outbreaks to a public pump supplying sewage contaminated drinking water in the West End of London in the mid-1800’s. 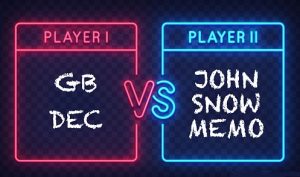 The John Snow opponents of Barrington argue that a strategy to release younger people to lead a normal life and thereby acquire herd immunity through natural infection would be too dangerous for the small numbers who would still become seriously ill but perhaps more importantly who would likely pass on infections to the older generation if the procedures separating young from old were inadequate.  So confusingly to the average person we have a two groups of prominent scientists who are polar opposites in their view.

This is often the way in science and debate and argument backed up by empirical evidence in the fullness of time usually moves the two sides together to achieve a consensus view. The trouble with that is that in the current pandemic there isn’t the time for a long winded debate to reach that consensus.  There is also the real danger that the public airing of these polar opposite views will alienate ordinary people who may throw their hands up in exasperation and begin to lose trust in the scientists who they see as in conflict with each other.

To confound and confuse further there are those such as Dr Vinay Prasad who oppose both views with very sound argument as to why they do so. We ourselves are ambivalent, seeing merit and arguments in favour of both. The Barrington idea is far from perfect and would be difficult to implement effectively but if you give it some serious thought it perhaps offers a better way out than the lockdown see-saw and all the economic, social and mental health damage this is causing. Another year or more of such a see-saw lurching from one set of restrictions to another would wreak so much damage on national economies and the lives of citizens that may be irretrievable in the worst case scenario.

Barrington is one aspect then that could offer a way of nurturing so called herd immunity or as it is better referred to by professional public health scientists “herd protection” until an effective vaccine comes available. Herd protection can be defined as a critical number of people in the population becoming immune as they are naturally infected with the COVID-19 coronavirus such that the virus cannot easily find other victims to infect. This cuts off the virus’s ability to spread. Vaccination is just the artificial medical way of achieving herd protection rather than through the natural infection route.

Having said that, supporters of the John Snow Memorandum  point out that herd protection by the natural infection route has never been achieved for any other infectious disease (It has of course through the artificial vaccination route) and that they consider the risks to be too great in attempting this. They may well be right but equally they may well be wrong, nobody as far as we know has seriously attempted a natural route to herd protection with any infectious disease and whilst there are many unknowns surrounding this approach, not least of which is how long does immunity to SARS-CoV-2 virus persist, it remains untested and therefore should not be discounted out of hand. 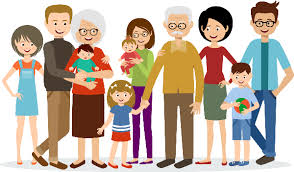 What’s age got to do with it?

Why is Age the Biggest Risk Factor?

Why then does age play such an important part in determining the severity of COVID-19 in any single individual? There are a number of possible reasons one or all of which may be important. As we age, like the rest of our bodies, our immune system begins to decline in its effectiveness, a process known as immunosenescence. This means that the immune response to infectious agents (and cancer) that would normally eliminate these things are less effective in the elderly but additionally also in people who are immunocompromised due to their genetics or because of treatment they might be receiving for other medical conditions such as cancer or autoimmune diseases.

But you might say that you’d heard that severe COVID-19 symptoms is due to an over activity of the immune system and you’d be correct. Therefore if it is the patients own immune system causing at least some of the damage you might expect a dulled immune system in older people to lead to reduced symptoms and less damage, not more. But then you need to understand that in older people immunosenescence together with the presence of other senescent cells in the ageing body leads to general chronic background inflammation that may feed an inappropriate and dangerous immune response that is ignited as an inferno by the coronavirus.

There’s also another very important difference between the immune systems of younger and older people. Older people have, by virtue of their longer life, encountered many more infectious agents than their younger counterparts and so their immune systems are primed to react against more things that include other seasonal coronaviruses such as those that cause the common cold. This may prove critically important and in some cases (depending on which types of infectious agents they have encountered previously during a long lifetime) cause an aberrant immune response when such individuals encounter the COVID-19 coronavirus.

This could help to explain why not all old people succumb to serious symptoms, it might depend on the repertoire of infectious agents that they had encountered in the past. This is largely speculation at this point in time but there is a reasonable rationale behind it and undoubtedly ongoing research in this area will uncover the true facts in due course.

In part two of this blog Tomorrow we’ll look at asymptomatic and superspreaders of COVID-19 and consider just how they are likely affect the progression of the pandemic and what might be done to counter this.