Staged on 27 October 2018 in the beautiful surroundings of Romsey Abbey this performance of Wagner and Bruckner was a resounding success. The Charity Symphony Orchestra, now in their tenth year, donated their performance to Leukaemia Busters with musicians travelling from as far away as Vienna to take part. 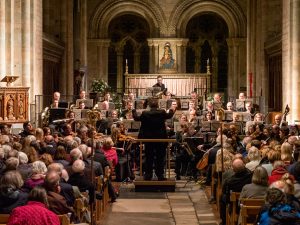 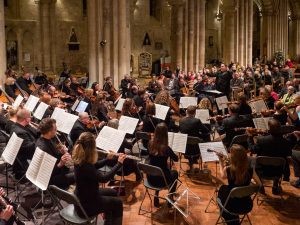 Following introductions talk about the charity by Leukaemia Busters’ Chairman of Trustees, Robert W Sutcliffe, the orchestra treated a large audience to Wagner’s Overture to the Flying Dutchman, conducted by Paul Ingram and Good Friday Music from Parsifal conducted by Dominic Harris. After a brief interval there followed Bruckner’s Symphony No.8 conducted by Craig Lawton, Chairman of the CSO.

There was a bucket collection for the charity at the end of the performance which raised over £290 bringing  the grand raised for Leukaemia Busters to £1,046. We would like to thank all the members of the Charity Symphony Orchestra and the volunteers at Romsey Abbey for all their hard work to help make this event such a great success. 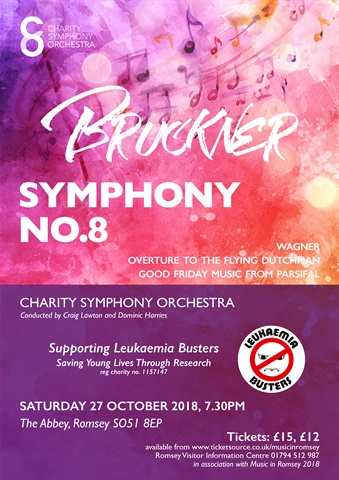 Please Note: The event date has passed
Follow Us