Congratulations to the five Leukaemia Busters team members, Mattea Pauc, Lauren Lewis, Ollie Devon, David Flavell & Bee Flavell  (pictured from L-R) who have all successfully completed their RideLondon-Essex  challenge from central London into the heart of Essex and back, finishing at the iconic Tower Bridge on Sunday 29th May. This event is regarded as the world’s greatest festival of cycling.

Lauren and Mattea bravely completed the 100 mile course with ease whilst Ollie, David and Bee opted to do the 60 mile route back into London.

It has to be the hardest thing I’ve ever done. My legs started giving out at mile 95 and my energy levels crashed but I knew I had to dig deep and make it over the finish line.

The atmosphere of the ride was incredible to cycle along several main roads in the capital, including the north circular, which were closed specially for the event.

Scientific Directors of Leukaemia Busters, also members of the cycling team for this event commented;

It was quite an experience to be amidst 22,600 other mostly speed cyclists but the camaraderie and atmosphere of the whole event drove us on even though Bee and I had only a few weeks of training under our belts.

Happily the endurance bikes that had kindly been loaned to us by Giant UK gave us the edge and we steamed ahead even on occasions keeping up with some of the really fast riders. It was exhilarating.

Importantly our small enthusiastic team of five did extremely well and we are very grateful to all of them for the efforts they made in raising sponsorship money to support our potentially life-saving research.

It was a the craziest thing I’ve ever done, to jump on the saddle as a novice cyclist and take part in the RideLondon-Essex 60 with only one weeks’ worth training on the Liv Avail AR2 endurance road bike….so glad I did.

It was a surreal experience to be cycling amidst thousands of fast experienced cyclists and to actually keep up with them when going down hills! The atmosphere out there with thousands of spectators cheering you on together with the privilege of being able to ride on closed road was an amazing treat.

David & Bee led the way on their bikes to raise yet more vital funds for Leukaemia Busters. To them and to Ollie, Mattea and Lauren who did the miles we take our hats off humbly and say many congratulations. 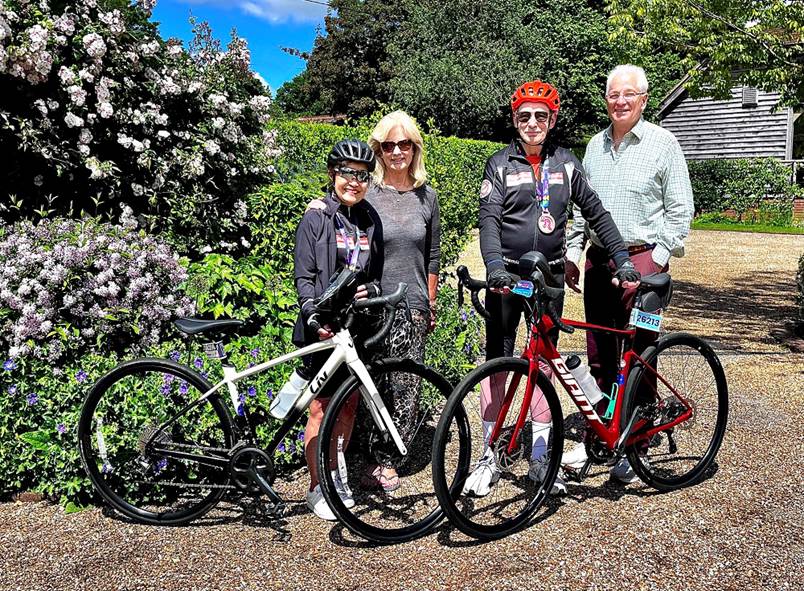 So far, between them, Team LB have raised over £5,500 and the money is still coming in so thanks once again. It’s not too late, you can still sponsor the team by following the link below:-